An Experienced Team you can trust! 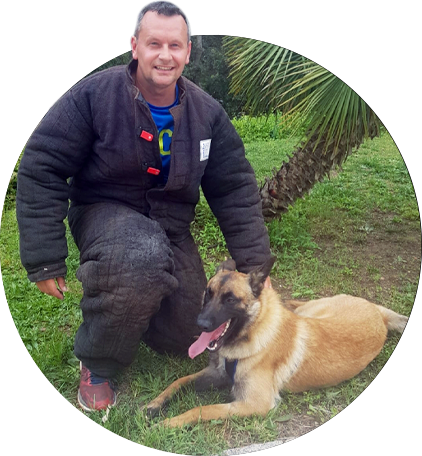 French K-9 Specialist Jimmy Felix started his career at the age of 16.  He worked with schools, dogs and that is where he gained all the basics fundamentals of dog tarining

At the age of 20 he joined the French Army, he became a dog handler and instructor.
Five years later he was hired for the United Nations as a Intervention Dog Instructor. He has tested over 2500 dogs for new recruits in diffrent armies.

• Dog Handler
• Instructor for dog handlers
• Group leader in intervention company; several interventions in Africa, Afghanistan and in the united Nations in Lebanon
• Section head for the purchase of dogs for armies (infantry, Navy, Air Force) and several forreign armies
• He bought the dogs in Belgium, Germany, Holland and France.
• Squad leader in helicopter school for K-9 unit.

• Dog Handler for over 20 years
• Police Instructor for the police and the army. 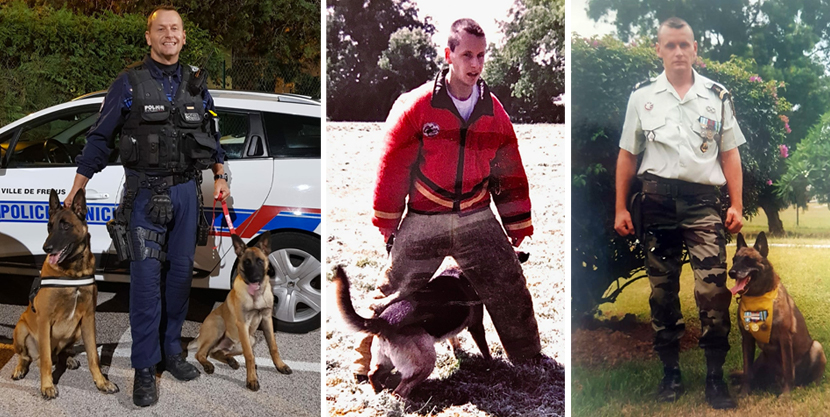 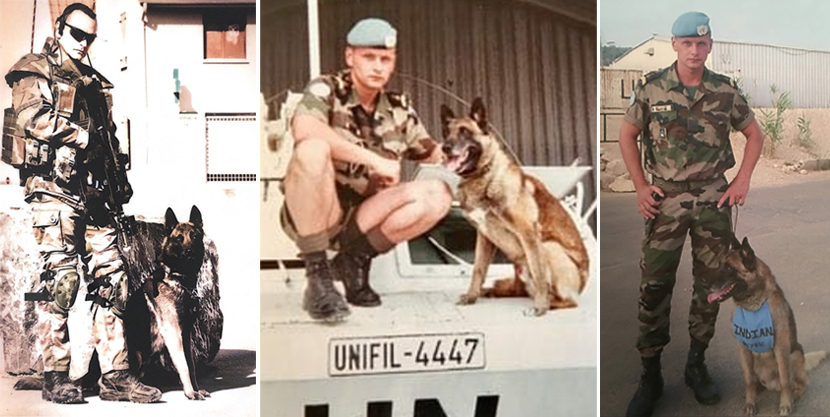 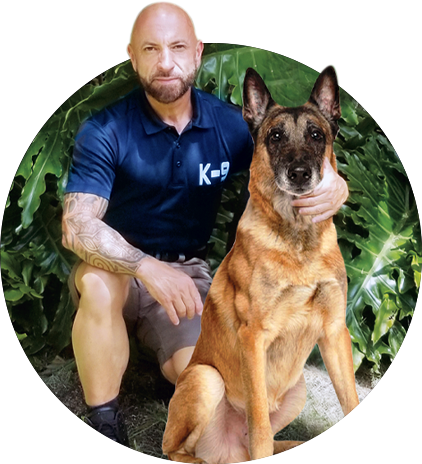 Dennis Urrutia is a trainer & Dog behaviorist that has been working in Miami dade County for over 29 years. He is an active
K-9 instructor for K-9spcialist in South Florida.

With working over 9,000 dogs in his career ranging from toy breeds to XL breeds he is a trainer with experience under his belt.